top of page
This site was designed with the
.com
website builder. Create your website today.Start Now

The main idea of the MTB Game project is to create simulator with maximum realistic bike and rider behavior. Without any compromise, without a single step towards the arcade. If something can not be controlled by human due to the absent of gravity sense it will not be omitted but will be deligated to the AI. It is also planned to recreate all basic trail features like rocks, roots, bumps, man made construction and so on. In future some real downhill courses will be reconstructed based on digital elevation maps, action video and GPS data. The visual component of the game is also important but it will be always at the second place after true physics and detailed content. In the near future many different bikes will not appear in the game but at least main types will be presented: downhill, enduro, trail, cross country and dirt bikes. Some bike settings are also going to be implemented: front and rear suspension stiffness, high and low speed compression and rebound, tires air pressure. Will these plans be implemented largely depends on you! Show your interest in the project, play the demo version, share your impressions, make suggestions and all plans come true! 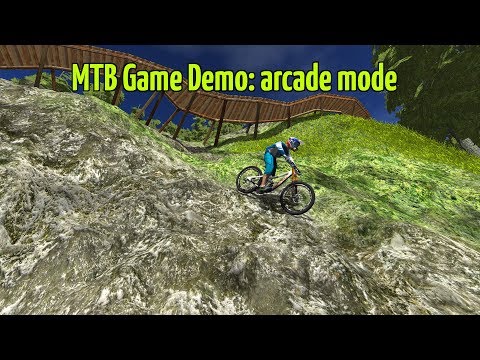 Arcade physics mode has been added to the MTB Game Demo mountain bike simulator. Now you do not need to train control skills to complete...
630 views0 comments 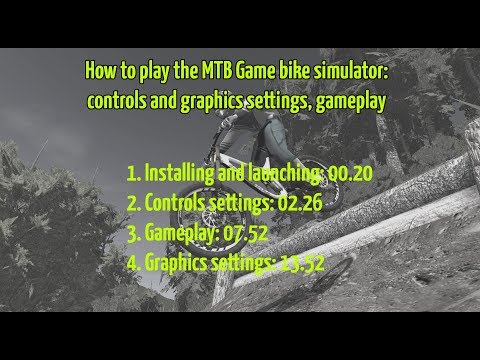 How to play video instruction

The video instruction about game installation, parameters settings and gameplay has been released. Now it is available in english and...
104 views0 comments 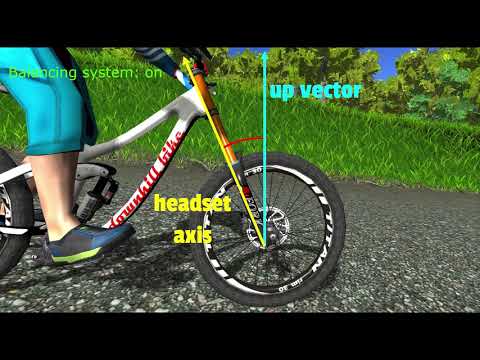 There is a new video about automatic bike balancing system in my MTB simulator.
119 views0 comments 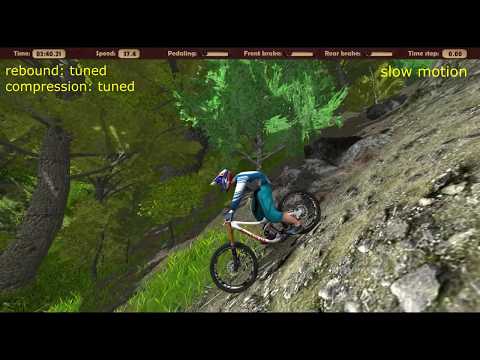 A new video has been released describing the details of the bike suspension tuning in the MTB Game simulator. Concepts of sag, low-speed...
149 views0 comments
Aleksandr 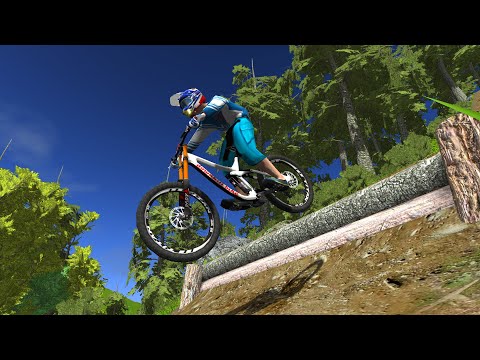